There is nothing more touching for a grandma to hear, than her two year ago grand-daughter singing, especially if it is the same lullaby that I used to sing to her mother!   What a precious thing lullabies are and especially how they are used. I used to hold my babies tightly and would rock them until they were drained of the fight to stay awake.  Sometimes it involved endless crying and a wiggly struggle, but I always won. It was a sweet time of bonding.  There were moments between my children and I where I swear, we both synced up and almost become one.

The lullaby I used to sing was a little different than the traditional ones.  It was a prayer and it went like this: 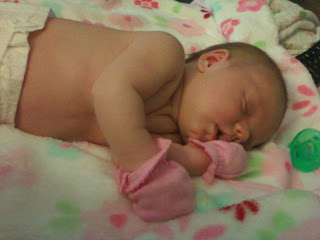 We’re in His hands.”

Now when Karis – my granddaughter sings it, there is great emphasis on DAY, “NI” & “HANS”.  You get my point.  How did Karis learn this song since she is so little? Well, that’s an easy one; it had to be her momma.  She’s the only one that could teach her, I’m too far away.  Her mother must have sung it over her a million times – a little exaggeration here, but seriously how else could one so young learn it?

The thought of this melted my heart because I have started a gift for generations to follow.  Not only is it a sweet melody, but a powerful truth.  Even as a young momma at 22, I knew I had the responsibility of imparting good gifts to my children.  If I had all the gifts of heaven and earth, it still wouldn’t be enough.  Pretty sure, most parents feel this way and I know God does!

How wonderful is it that God sings over us! I’ve always heard that, but today I started thinking about it a little deeper- “What is He singing about?”  The God of love is most likely singing a song much like I did over my cherished ones.  Wow! How cool is that?  Let’s see some of the elements of the song I sang -this song covers some important thoughts:

• God is with us at every moment in grace or when darkness comes
• There is an instruction to stay in His word
• A Godly command to live their life as a Christian
• What to do when trouble comes
• Knowledge that God is a powerful protector
• Lastly, a reminder that God is so close you can feel His breath

Like Karis, I am learning “the song”.  The same song probably a million times until I get it right. I learn best when I settle down enough to follow the words with Him.  As my soul is quieted, I feel the strength of His arms lulling my troubles away.  The gentle rocking back and forth continues until a blessed peace sweeps across my face down to my toes.  The sweet fragrance of His breath lets me know He’s near and will be forever.  Who would guess that it is in these moments, that I am imparted with a message for generations to come?

Another evening and once again that finger is pointing right at me and trying to get my attention. “We will fight for you!”  Larry H. Parker has made this bold claim to me for most of my life.  Funny thing is Larry doesn’t even have the slightest clue who I am!  I’d have to tell him my problems and see if it fit into his guideline given by an even higher justice system.  Based upon the law of the land, I could be rewarded for my pain and suffering as well. The litigation would probably take years to resolve.

Not so in the case of Tinkerbelle against Rocky on November 13th 1999.  Justice was swift and both parties walked away shaking their heads in wonderment.

My oldest son, Nick was turning 18, so we were celebrating with a party of his friends and family.  In attendance were two boys that our whole family dearly loves.  They are close brothers, friends and both love the Lord.  As the evening went on, Jonny and Jay started a wrestling match on the living room floor.   It was harmless and those sitting around cheered as one pinned another and waited to hear the words, “UNCLE!”   However, about 3 minutes into the match, Jonny got a little rough and Jay didn’t like it. As brothers do, things escaladed and Jay decided Jonny needed a lesson.  A brawl started between the brothers.

In lightening speed, my 98 pound Tinkerbelle (16 year old daughter,) Bethie flung her body like a flying squirrel on top of Jay.   She started pounding him and yelling at him, to “leave my Jonny alone!”  “You leave my Jonny alone!”  Silence interrupted the room like broken glass. The shocked boys immediately separated.  Who was this unmasked superhero?

Bethie?  You gotta be kidding?

Jonny stood there grinning from ear to ear.  Jay was mortified.  A girl just whooped him in front of his friends.  He is a gentleman, so of course truth be told, he let her.

What is the strange nature of Bethie and “her Jonny?”  It lies in her deep love for him. Bethie thinks of Jonny as her little brother.  Jonny and her younger brother Ben were always exploring life together. If Jonny wasn’t at our house, then Ben was at his.  Bethie age wise was nestled between Nick, Jonny and Ben.  She might look dainty, but bottled up inside is a mother bear when it came to her boys.

Now the reason I tell this story is the sharp contrast of the motivation of justice.  Larry H. Parker has everything to gain by taking your case and doesn’t care how long it takes.  He will make money whether he knows you or not.  Bethie wanted the Jay and Jonny case to end quickly.  She was motivated by the love of “her brother” and she didn’t care what happened to her as long as Jonny would be safe.  After all, this was “her Jonny!”

Isn’t this how God goes before us?  We are HIS!  He is swift and motivated by a love so deep and seemingly reckless that he sacrificed His life to take our case.  If you think He is just standing by in a crowd watching a wrestling match, you are gravely mistaken.  At just the right time He will swoop down to the rescue.

The Bible states it this way in Isaiah 59:19:
“So shall they fear the name of the Lord from the west, And His glory from the rising of the sun; When the enemy comes in like a flood, The Spirit of the Lord will lift up a standard against him”

There are many things one can wrestle with today: health, bills, kids, jobs, marriage, or even things that we don’t like to talk about like pride, lust, gossip or envy to name a few. While some  battles are strictly flesh satisfiers, sometimes the battle goes deeper. The enemy of our soul wants to steal, kill and destroy. God wants to bring life and life more abundantly.  He is not about to let even one of His beloved be attacked.  We are His Jonny!

I will take Tinkerbelle fights Rocky over Larry H. Parker every time!  We have a God that loves us, knows us and keeps us!  His motivation is love and relationship. I stand a little taller and stronger today ‘because I know who’s got my back!
Posted by Love changes everything at 8:17 AM No comments: