We have a Christmas tradition in the Jones’ family.  It’s what we like to call the “Holy Spirit game”.   We put different spiritual promises in a bag and as friends or family stop by, they pull out a card.  They are supposed to take that word or words and let God minister that promise to them over the next year.
I am always completely amazed by what people draw like for instance – guess what I drew this year – "Perseverance!"  I have 3 surgeries coming up in the 2 months.  Just what I need!  Two nights ago, one of my favorite people was over.  She pulled a card for herself and her fiancé.  The sad thing is her fiancé is spending Christmas in a jail cell for bad life decisions.  He has made excellent changes in his life, but now he must finish his time.  She misses him terribly and his isolation and loneliness eat at his soul.  Guess what card he pulled?  “Mercy” and hers was “Peace.”  I’d say these cards are kind of a divine gift personalized by the tenderness of God Himself.
Well, this morning as I left for work, I grabbed the bag of cards and headed out the door.  You see, even staff at my job are into the game now.  It was windy outside and I had my arms full.  The wind ripped the bag from my hands and the little cards with their messages danced in the air.  I was in a panic! I felt like everyone’s promises were flying away like un-tethered kites.   I had to retrieve them before they were lost forever.  After a series of acrobatic stunts, while holding onto my hair, I was able to recover almost every one of them and put them back into the bag for safe keeping.
As I was driving to work, it hit me.  Wow- I really went to town trying to get all those promises back in the bag.   A few questions occurred in my spirit:
What if I sought after the promises of God with the same fervor as the cards in the wind today?
What if I was determined to get ALL that God had for me, instead of what was easy and in my reach?
The Holy Spirit game took on new meaning for me this year.  I WILL run after Him –‘cause Lord, I want it ALL! - the whole BAG!  Make me an instrument of love as I dispense your grace in this life.  Merry Christmas Indeed! 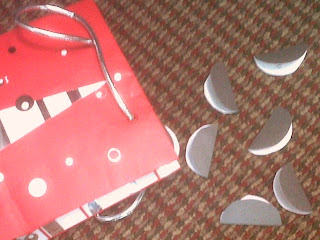 Posted by Love changes everything at 1:16 PM No comments:

I wanna be a buckethead 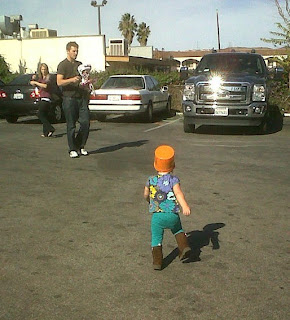