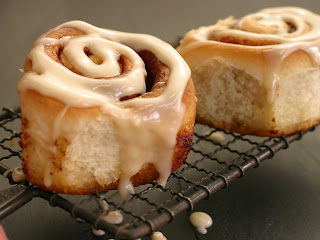 I was awoken early in morning on July 10th this year. My hubbie was already out the door and had started his day. I was alone in my room. There was a distinct scent stirring in the air that woke me up. My nose went to work like a famous detective even though I was still lying in bed.  I knew what it was- Cinnamon!   The sweet fragrance of cinnamon filled my room. In my somewhat drowsy state, I began to process how this could be?   Hum… Doug was gone and Angela my niece was sleeping the room next door.  Maybe Doug fixed cinnamon rolls?  No, he loves to make breakfast, but he’s a salty, not a sweetie (well at least like that), so he wouldn’t have made something sweet – that’s usually my job.

I drank the heavenly odors in and seemed to float on their cloud.  Hum… I wasn’t dreaming.  What was going on?? My heart then engaged, as if I had heard Eli tell Samuel to go back to his room and when he hears a voice speak- say, “I am here God, I am listening.”   So I did just that.  “Lord, is this you?”  I felt flooded with love.  Indeed He was with me. I responded out loud smiling ear to ear, “Oh, how you love me, to have awakened me in such a special way!”  “And my favorite too”

I decided to just relax and bask in whatever godly manifestation was taking place even though my heart was racing.  I was overwhelmed with His love.  As the fragrance dissipated slowly, I got up and went immediately to my bible.  What does this mean?  And how would I look it up?  I decided to Google cinnamon in the bible.  Where is it found and how was it used?

One the first places in the bible cinnamon is found is in Exodus 30:22 “Then the Lord said to Moses, “Take the following fine spices: 500 shekels of liquid myrrh, half as much (that is, 250 shekels) of fragrant cinnamon, 250 shekels of fragrant calamus,  500 shekels of cassia —all according to the sanctuary shekel—and a hin of olive oil.  Make these into a sacred anointing oil, a fragrant blend, the work of a perfumer. It will be the sacred anointing oil”. 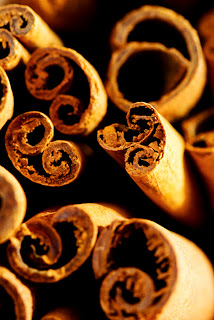 There are several references to cinnamon specifically in the bedroom which also caught my eye, written mostly by King Solomon himself.

Proverbs 7:17 says “I have perfumed my bed with myrrh, aloes, and cinnamon.” The bed is being treated in an ornate fashion for one he loves.

Song of Solomon 4:12-14. Cinnamon is growing in a locked garden – its meaning here is being set apart with the garden

With the help of God’s word and just experiencing what I had, I knew two things:  I was immensely loved by my Maker and I had been given some sort of gift, although I didn’t know quite know what.  I decided to put on my walking shoes and go for my morning stroll.  As I rambled by a concrete driveway connected to the blacktop area, I began to smell Honeysuckle and Jasmine – these are two very distant fragrances.  I looked around for the bushes and checked the headwind to see where it might be coming from.  (Now this is understandable that I’d be looking because of what had happened earlier in the morning)  Guess what?  No bushes in sight just two distinct and intense fragrances!  It was happening AGAIN!  I continued on my walk praising God for my extraordinary day and listened for God to speak to me. Even though I felt special, it humbled me.  When I returned from my walk, I had to pass the same spot.  There was no odor in the air, when I pass that time.

As weeks went by, I received more clarity because I began to process what had happened. (As if that was even possible- because as the word says, “I see only through my dimly lit window into the other side”),   Here’s what I came up with:

1) I was anointed for a purpose:  I think I had smelled Anointing Oil! I was anointed!   I was being   set apart.
2)  Increased Creativity:   Three days after this strange encounter, I sat down to work on my book.  I started writing and the entire outline of the book fell into place from start to finish.  I have been working on it for a couple years, not knowing how to present my thoughts.  I would just write, but nothing fit together.  It was just scattered pieces of a story.
3) God deeply loves me:  It is not that God loves me more than any other; He just wanted me to know it in a larger individual way.

I have since talked to spiritual leaders in my life and scoured the internet to see if I was the only weirdo or blessed person that this has happened to.  I’m not. You’d be surprised!  I found one lady in Australia with a ministry called Heaven Scents and she created it because it happened so frequently to her.  She has even culminated a list of scents and the usual gifts that follow:
I was dumfounded, get this:

Here is her website. http://www.heavenscentministries.org/ if you want check it out.
I don’t know anything about her; however in reading through her site, she appears to be a deep seeker of the Lord with a special gift. I think I may understand her now better than most!   Her name is Karen Elengikal and is quite an author, photographer with incredible prophetic gifts.

I have not since had any more unusual fragrances since that day, but just thinking about it, takes me instantly back to July 10th in my spirit.  As I end this crazy blog, I rest in the fact that something creative was birthed or should I say exploded, my book is an expression of praise birthed out of struggle, but most of all wouldn’t you just know it… it’s about deep love!

So you won’t see many blogs here for awhile, but I will drop in for an occasional chat.  Right now, I am busy typing for a higher calling. 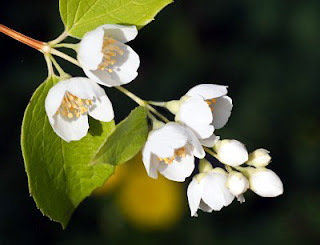 "Awake, O north wind,
and come, O south wind!
Blow upon my garden,
let its spices flow."
Posted by Love changes everything at 8:46 AM 2 comments: