My Peace got Spikes! 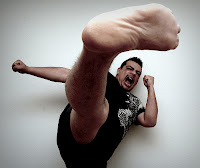 There he was, a giddy boy of 7 or 8 leaping out the front doors of Payless shoe store.  His tired father trotted slowly behind him and watched as his son did a round house kick. A first glance, it was obvious that this kid was not built for these maneuvers, due to his chubby little self.  It didn’t matter.  He was an Olympian.  Give him a tall building, he was ready to climb.  However upon deeper inspection, it became clear why he was so empowered. New Shoes! - Made me giggle.

Don’t you just love new shoes? I do and especially when I was a kid.  Heck, you could jump higher, run faster.  They were so clean and fit just perfect!  If I could have only had new shoes during the auditions for Wonder Woman or Bionic Woman.  I would have secured the role myself! And yes, for you older readers – I wore Kedds! - A brand specifically designed to morph any kid into a superhero.

As the sweet memories of childhood washed over my mind, I thought about another pair of new shoes given to me that should be just as empowering.  It’s part of the armor of God that I am supposed to put on each day. “Stand therefore, having your loins girt about with truth, and having on the breastplate of righteousness; And your feet shod with the preparation of the gospel of peace;” Eph. 16:14-15

It is listed third behind the belt of truth and breastplate of righteousness, but I don’t think it’s in order of how to put your attire on. It seems to me that common sense would tell you when putting on armor, you have to put your shoes on first – this is in reverse order than putting on ordinary clothes.  Think about it, the belt and the breastplate wouldn’t make it very easy to bend.  You’d have to start with the shoes if you wanted to get dressed properly or in my case- at least not fall over. 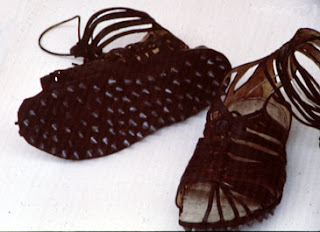 This idea got me thinking a little deeper so I did a little study on biblical shoes/sandals.   As a woman, of course I wanted to see what they looked like.  They were made of leather with straps that wrapped around your ankles up to your calf.  These straps were attached to the sturdy sole. This made me pause for a moment -something had to die to get this material. Thank you Lord for provision by the cost of your earthly life!   The straps held the sole in place. Also interesting was, what was on the bottom. Roman soldier’s shoes had spikes!  It provided balance, grip and traction and a weapon all rolled into one!  I can only imagine how heavy it would have been.  It would have looked like a pair of golf shoes on steroids. 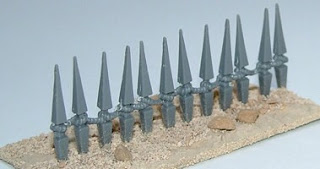 So at this point, we know what they look like and what they are made of, but let’s get back to their purpose.  One of the strategies of warfare in Biblical times was to sharpen sticks and place them underground.  The sharpened points would barely be visible.  It was a strategy much like modern day land mines.  In fact in Isaiah 5:27 it talks about a strong army, “Not one of them grows tired or stumbles, not one slumbers or sleeps; not a belt is loosened at the waist, not a sandal thong is broken.”  Can you imagine if your shoe straps were not holding your shoe in place with spikes in the ground?   The shoes provided a great deal of protection which is quite a understatement!  They saved your life! 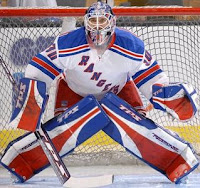 With all the weight of the armor that a solider carried, it seems like one could fall over.  When our daughter when she was about 9, she decided she wanted to be the goalie for a roller hockey team. We laughed since she was the size of a flea on a diet.  She put on the oversized heavy protective gear, but she was on roller skates!  It was hilarious; she couldn’t even stand, let alone guard the cage.  Roller skates are a sharp contrast to the spiked shoes that fixed you in one spot. Sometimes the job of a solider was to position their body to the ground while holding a sharpened pole pointed at the oncoming enemy.  The spiked shoes would have provided an adherence to ground if you really dug in.

The traction and grip the shoes had, also yielded a purposed walk. You could walk anywhere you were directed.  The shoes allowed you to walk on rough soil and not slip.  I’ve been on hikes and questioned going down or up certain trails because the soil was so unstable.  With these the shoes, if your commander told you to go to the right or to the left you could do it and not worry about your safety!

Spiritually, according to the word of God – these shoes are made of “the preparation of the gospel of peace!”  Does this mean no struggle or battle is inferred?  Absolutely not!  There is peace in the midst of it!  I love this!  A chiropractor said me a few days ago – “You must have really been shocked to find out you had cancer- like your world had fallen apart.” I had some news to share with him. It didn’t, not even close!  The same God that has blessed me over and over again in my life is not going to abandon me in times of trouble.  I admit I knew cancer was going to be a doozy, but I also knew I was never alone.  I had peace no matter how things turned out.  I reflected on the good things happening in the midst of hard times.  Another example of this was watching my incredible husband learn to live with one hand.  He focused on what he COULD do or it would have driven him nuts.  For those of you that know him, you’d agree with my bias - he can do just about anything and better than most.

Today, I put these shoes on FIRST everyday. A better translation of Eph 6:15 might be “and your feet shod with the readiness to preach the gospel of peace!”   In Romans 10:15 “…as it is written, how beautiful are the feet of them that preach the gospel of peace, and bring glad tidings of good things.”  We are commanded to put good news on our feet and spread it everywhere! It is easy words to share because it’s a message of love and hope, not fire and brimstone. 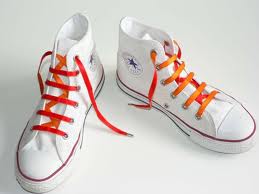 In ending, this long study, please know this: As you put on your shoes this morning, put on God’s shoes of peace.  Put on good news!  They will give you traction and grip to get through each day and a balance of grace from the weight of world.  You have spikes, so you are not a victim, but an Overcomer! Wow! - Don’t you just love new shoes?
Posted by Love changes everything at 10:54 AM No comments: